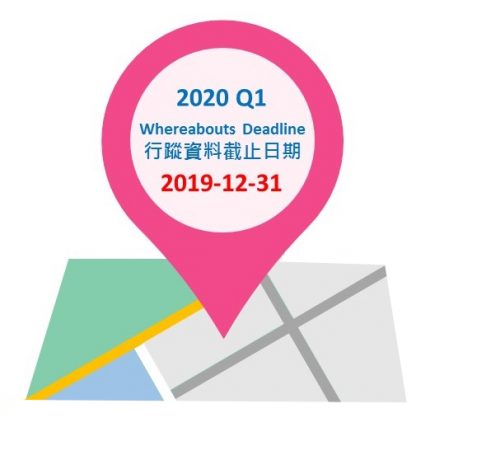 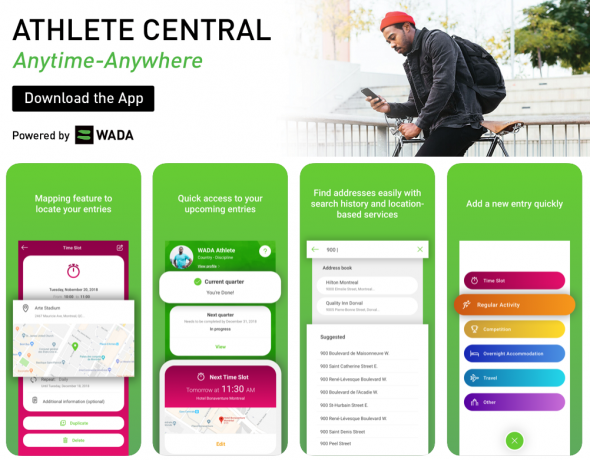 The 1st Quarter 2020 (January February, March) whereabouts submission deadline for HKADC Registered Testing Pool (RTP) and Elite Testing Pool (ETP) athletes will be on 31 December 2019. Athletes are advised to log in ADAMS as soon as possible to complete the submission in order to avoid missing the deadline due to system overload.

Please refer to the HKADC Whereabouts Policy for details of the whereabouts requirement and the consequences of Whereabouts Failures/ Whereabouts Non-compliances.

The World Anti-Doping Agency (WADA) has recently launched a new Whereabouts App “Athlete Central” to replace the current App. The enhanced App not only improves in stability, but the intuitive user Interface also makes it easier for the athletes to submit and update whereabouts. “Athlete Central” is now available for download from the Apple App Store or Google Play.